The Weaselhead Flats park is a 593.5 acre area of the Elbow River valley upstream of the Glenmore Reservoir in Southwest Calgary. The first recorded mention of the name ‘Weaselhead’ in relation to the Elbow river valley dates back to the 1890s, but where did the name originate? Why do we call this park, and the rest of the valley within the Tsuut’ina Nation reserve, ‘Weaselhead’? 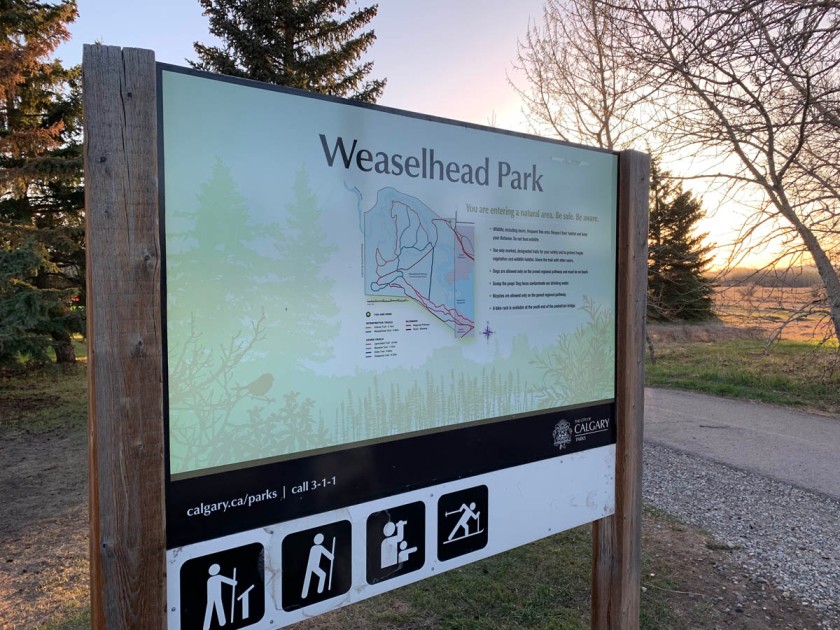 There are a number of explanations for the origin of the Weaselhead name, and while some details may never fully be known, we can begin to learn the story of where the name came from, and how the area came to be known as the Weaselhead.

The City of Calgary acknowledges that the origin of the name of the Weaselhead Flats park is unclear, but points to the idea that the area was named after a Tsuut’ina man named Weaselhead. According to the City, the area is “…likely named after the Tsuu T’ina Chief Weaselhead who was in power at the time of European contact.”1

However, this isn’t the only origin story regarding the Weaselhead name; there is an alternative explanation known within the Tsuut’ina Nation which proposes just the opposite. In this version, Weaselhead was not Tsuut’ina, but a con-man from another Nation who was murdered along the banks of the Elbow river when his criminal ways caught up with him. According to this retelling, the name Weaselhead was then given to the area as a cautionary tale against adopting such a lifestyle.2

Clearly both cannot be true, and there is enough evidence that would suggest that perhaps neither is exactly right. Both stories say that Weaselhead was a man, but what do we know about this man, and how did he come to lend his name to this part of the Elbow River? END_OF_DOCUMENT_TOKEN_TO_BE_REPLACED