At the announcement, also attended by Tsuut’ina Chief Roy Whitney-Onespot, Kenney detailed a commitment of $582.9 million, which represents one quarter of the estimated $2.8 billion cost for construction of this leg of the road. The funds are being earmarked from the National Infrastructure Component of the New Building Canada Fund, which ‘provides funding for projects of national significance’1. 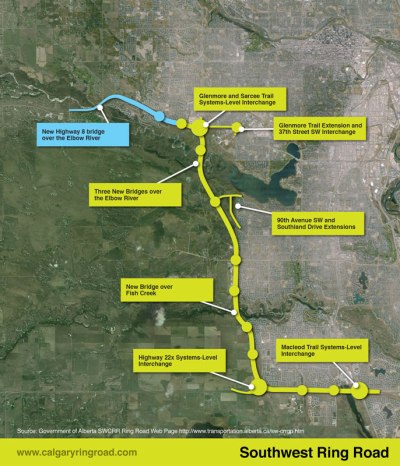 (Map showing the newly revised route of the Southwest ring road; from Macleod trail in the south, to west of 101st street SW in the west.)